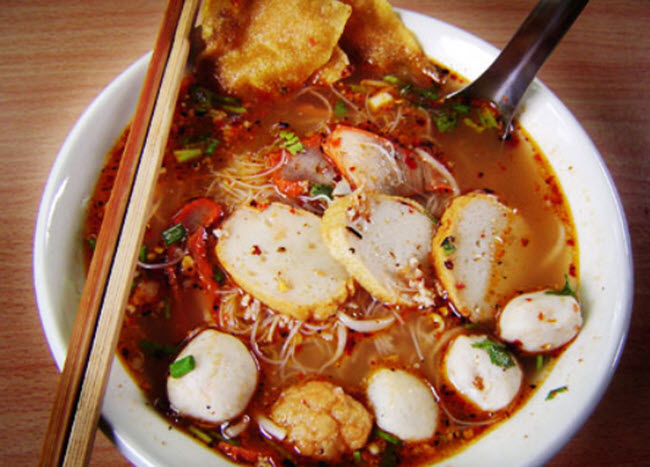 Kuaitiao ruea (boat noodles or boat noodle soup) became popular in Bangkok during the first half of the 20th century, where the dish was sold from boats in the city’s canals. Ruea is a Thai word for boat. Nowadays, you can also find street vendors and many riverside restaurants offering kuaitiao ruea.

Kuaitiao ruea, which is usually served in a rather small bowl, can be made from various noodle types, including rice noodles, egg noodles, sen yai and sen lek. An important part of kuaitiao ruea is pig’s blood.

Ingredients for the broth

Ingredients for the soup