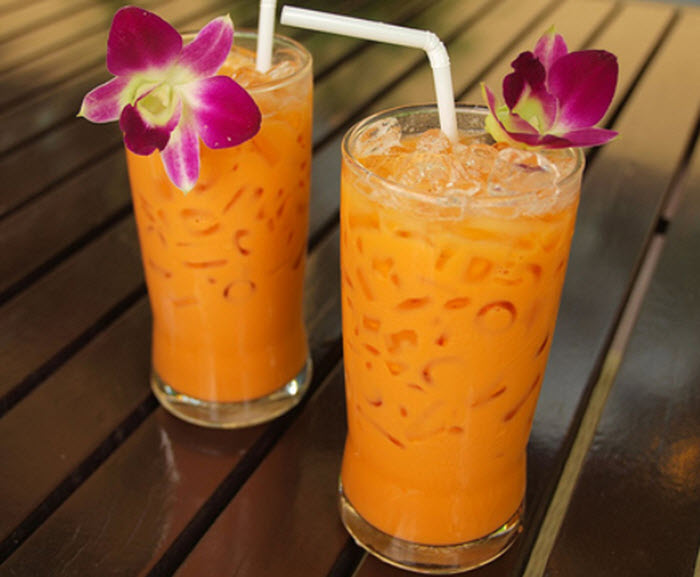 Cha yen means cold tea in Thai, and a lot of different cold tea-based drinks are found under this umbrella. The tea of choice is usually a very strongly brewed Ceylon tea. A less expensive alternative is the locally grown Bai Miang, a landrace version of Assam tea.

Cha dam yen is known as Dark Thai Iced Tea in English. It is a strongly brewed tea sweetened with sugar and served over ice. Unlike many other versions of iced tea in Thailand, it doesn’t contain any milk.

Cha manau is a strongly brewed tea sweetened with sugar and flavored with lime, and sometimes also with mint. Just like cha dam yen, it is served over ice and contains no milk.