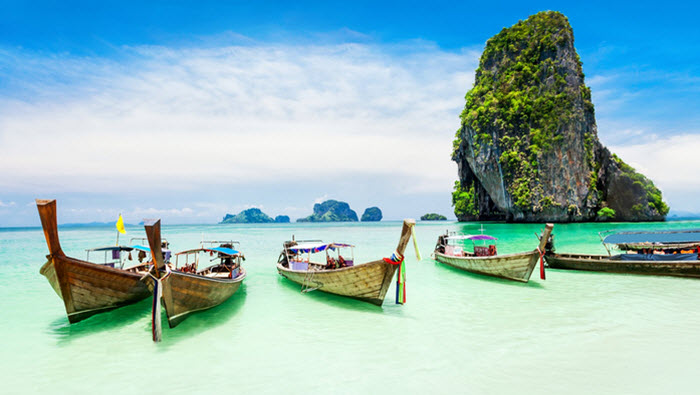 The Kingdom of Thailand comprises the center of the Indochine peninsula in Mainland Southeast Asia. Thailand is bordered by four different countries: Laos, Cambodia, Malaysia and Burma / Myanmar. The southernmost part of the country has a coastline to the Andaman Sea to the west and the Gulf of Thailand to the east and south.

Thailand is a constitutional monarchy where King Rama IX (Bhumibol Adulyadej) has reigned since 1946. His exceptionally long reign makes Rama IX the longest-serving head of state of all the world’s current head of states. King Rama IX is the ninth monarch of the Chakri Dynasty.

The leading sectors of the Thai economy are manufacturing, agriculture, and tourism. The hospitality industry grew significantly during the Vietnam War when U.S. soldiers were sent on short trips to Thailand to rest and recuperate. The manufacturing sector began to gain traction much later, and Thailand is considered a newly industrialized economy. Today, Thailand exports over 100 billion USD worth of goods and services annually and exports account for more than two-thirds of the nation’s gross domestic product. Examples of major exports are rice, textiles, and footwear.

Thailand is predominantly a country with a tropical savanna climate (also known as wet and dry climate), but the southernmost part of the country has a tropical monsoon climate, and this is also true for the eastern tip of eastern Thailand.

In parts of Thailand that enjoy a tropical monsoon climate, daytime temperatures normally exceed 30 degrees C year round, even during the monsoon. The monsoon season brings a lot of rainfall but doesn’t make the weather cold.

For the rest of Thailand, the differences between the seasons are more noticeable temperature wise. There is a cool dry season, a hot dry season and a rainy season. At higher altitudes, it is not uncommon for the temperature to drop down to near freezing at night during the most severe part of the cool dry season. 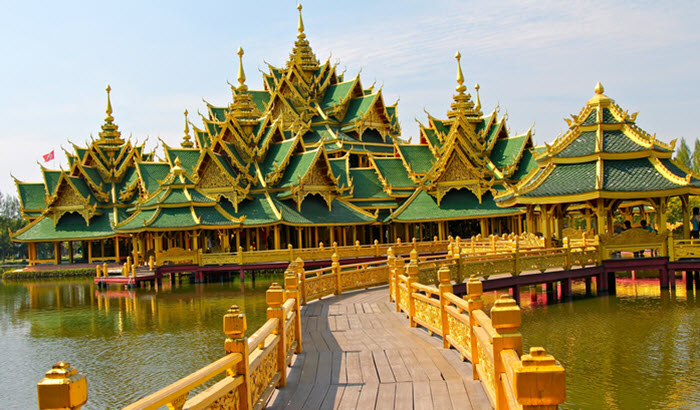 In an average year, there are 16 public holidays in Thailand, including the three-day long Thai New Year’s holiday. The cabinet has the authority to declare additional public holidays.

Most public holidays are observed by both the public and private sectors. If a holiday falls on a weekend, one following workday will be a compensatory holiday for workers.

King Phutthayotfa Chulalok the Great Day 6 April Commemorates the establishment of the Chakri Dynasty and the founding of Bangkok. Wan Songkran

(May*) Commemorates the birth, enlightenment and passing of the Buddha.

* The Gregorian month in which this holiday normally falls. In lunar leap years, the holiday takes place one month later. 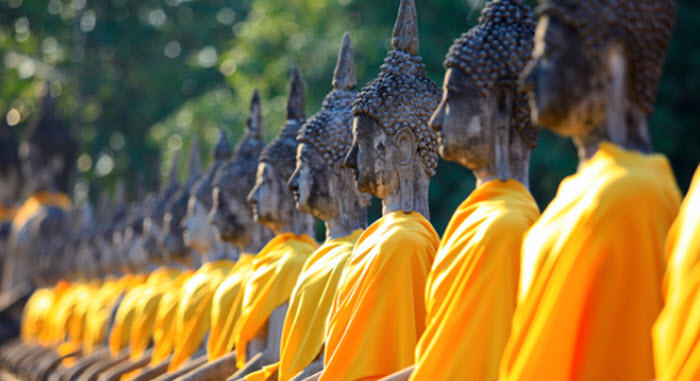 In addition to the public holidays listed above, there are national observances, other observances and bank holidays. The bank holidays are observed by financial institutions and regulated by the Bank of Thailand. National observances are regulated by the Thai government but not observed as national holidays. One example of such a day is National Children’s Day, which falls on the second Saturday of July and is widely celebrated by governmental agencies who arrange on a lot of different activities for children on this day.

Other observances are not regulated by the government and the extent to which they are celebrated can vary a lot from one part of the country to another, and also between different groups and communities throughout the country. The mid-year festival Wan Sat Thai is for instance mostly celebrated in Nakhon Si Thammarat, while Christmas is celebrated by Christian communities and also celebrated commercially in areas with a lot of foreign presence from countries where December 25 is an important midwinter celebration even for non-Christians.