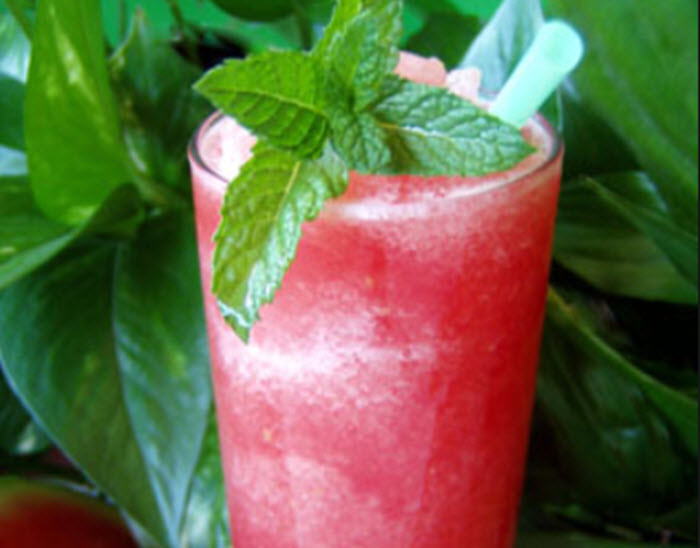 For this drink, I like to use really sweet red watermelons. The watermelon originated in Africa, but reached South-Eastern Asia a long time ago. There are evidence of watermelons being cultivated in India as early as the 7th century AD and we know that watermelons have been eaten in China since at least the 10th century.

If you use more ice and less watermelon, you can create a watermelon slushy that can be eaten with a spoon. Another method for making great watermelon slushy is to cut the red flesh into chunks and place them in the freezer. When they are frozen, crush them in a mixer or food processor capable of crushing ice and serve right away. For a more sour slushy, add some lemon juice.